FYI: THIS POST IS ONE GREAT BIG TMI…Y’ALL HAVE BEEN WARNED!

Okay, so let me just start off this post by acknowledging the fact that the song featured here today doesn’t in fact have anything to do with “Shark Week” (or “Shark Fortnight” as it’s become round these parts) and I know it pisses Alice Cooper off that so many people make that incorrect connection between the song and the subject matter but a/ it’s a good song and b/ I’m too crabby to care about actual relevance right now.

I think it was Roy Chubby Brown who first joked about not trusting anyone who bleeds for 5 days and doesn’t die. Well, he’d probably be denouncing me as a witch or something right now, because this month’s little “visitation” is already more than double that. And the predictably depressing corollary of that is a further “gain” on the scale, despite me not only having remained 100% on plan, but also having eaten half as much as I normally would over the past 7 days. I probably jinxed myself in last Monday’s post by saying how grateful I was to only see 1lb of “ghost-gain” when I weighed in, because here I am 7 days later and that “ghost-gain” has increased by another 2 whole fricking pounds!

And that’s a better number than it was saying yesterday, lol. I don’t normally weigh myself on a daily basis, but whenever “Aunt Flo” is in town, I totally hop on the scale to see what damage she’s been wreaking on my poor body every morning, as soon as I get up. Some months are worse than others (previous months that have fallen in such a way as to make it look as though my period has had no effect on my weight, definitely made months like this one feel way more hideous, I know that much) but this month was particularly bad. I don’t know if I’ve mentioned it before but because of my having sporadically really heavy periods, I’m prescribed Mefenamic Acid by my GP. I’m supposed to take them as soon as I start cramping before a period starts, every day until it ends; but I react really badly to Mefenamic Acid and it makes me violently sick. To counter that I’m also prescribed Omeprazole.

Sounds fine right? Well no, not really. I’m also prescribed Co-Codamol and Diazepam for my arthritis and fibromyalgia (among a bunch of other things, lol) and Omeprazole is not only contraindicated with Diazepam (so I have to halve my dose of Diazepam while taking Omeprazole) but it can also cause constipation…which is then exacerbated by the Co-Codamol and the lowering of my Diazepam dose. Which is a really long-winded way of explaining to y’all that not only am I bloated from hormonal water-retention, but I also haven’t been able to take a shit in about 3 days.

Yeah, we’ve been here before and yes I know how to normally prevent or relieve constipation, but right now I’m so nauseated (something that happens every time I get my period) that I simply cannot countenance the idea of eating anything or drinking any more water than the bit I take with my medication. Which in itself is only contributing to the problem, I know, but I have to be careful not to throw up because then I don’t know whether or not any of my regular medications have been absorbed into my system – and I can’t just take another dose in case I end up double-dosing. This month I took the Mefenamic Acid as soon as I started to get those cramps, but I stopped taking it when it looked like this “visitation” was tapering off, because I figured everything was just about done for the month.

Yeah…no…didn’t quite work out like that. Because the very next day “Aunt Flo” came back with a vengeance and has now been FAR outstaying her welcome for the past few days. With that has come all the nausea again, so I just haven’t been eating much at all. I can really only manage a few bites of a really dry protein bar with my meds – which I know is exacerbating the constipation – and because I’m back taking the Omeprazole too, that’s also making that joyful little side effect even worse. My tits are back to feeling like giant throbbing rocks of agony to the point where I can’t even wear an underwired bra and my abdomen is so noticeably swollen, I’m starting to look pregnant. Oh and on top of all that, the fibro is also playing up too, because why the fuck not?

Seriously, the “ghost-gain” is literally the least of my concerns right now, because I know that it’s not real “fat-gain” (yesterday the scale said I was 15 stone 3lb which is 5lb heavier than I was before “The Communists Started Squatting In The Neighbourhood And Kicking My Arse From The Inside Out” and today it’s saying I’m 15 stone 1lb, which is better I guess, but still absolute bullshit, lol). I’m barely eating, I’m certainly not eating “off-plan” and yet “Mother Nature” has decided to just mock me with her hormonal tricks that have just about sucked the life out of me. I can’t take a laxative because they will interfere with the Mefenamic Acid and Omeprazole…and I really need to keep taking those in order to get this goddamn haemorrhaging to stop. And I’m trying to cut down on the amount of pain relief and Diazepam I’m taking in order to help with the constipation, but I’m in so much pain right now I simply can’t not take any of it.

So I’m completely stuck in this weird situation where all I can do is wait it out, because if I stop taking the Mefenamic Acid and Omeproazole, my period will just carry on indefinitely (which will mean perpetual bloat), I can’t eat a load of veg because I’m already backed up and permanently nauseated (I can’t let myself vomit because of all the other meds I take) and I can’t take a laxative because it will affect the absorption of said meds. I am literally and metaphorically stuck in a bind. It’s all I can do to try and laugh, by finding the humour in the whole ridiculous farce and revisit Uncle Marc on the daily, to try and stay sane throughout all this. Not that Aurelius wrote any meditations specifically on being constipated, but a little bit of stoicism does wonders for one’s mental fortitude!

So yeah, I still have my sense of humour folks, so don’t be feeling sorry for me. This is just life with a pre-menopausal woman whose body likes to remind her who’s in charge of this decrepit carcass from time to time. And the fact that I stay so completely “on-plan” 100% of the time means I never need worry that any of these “ghost-gains” on the scale are anything other than hormonal bloat (and being constipated, lol). It might be annoying but it isn’t anything new and I know it’s not the result of me choosing to eat a load of crappy carbs. And who knows what the scale is going to say tomorrow? For all I know it might show an even bigger number! It really wouldn’t surprise me because my engagement ring has become really tight just in the past few hours so I may well be retaining even more water than I was when I woke up and weighed myself. Meh!

I was initially going to wait until tomorrow to report on my weigh-in, because it didn’t feel like a real weight worth recording considering the circumstances. But then I realised that a/ tomorrow might well be worse, lol and b/ this whole hormonal cycle is just another part of the reality of having a body that I’m trying to change. There’s no shame in being held hostage by “Aunt Flo” because none of this is down to bad choices, it’s just the result of my having an annoying cycle and still needing to take a bunch of meds that don’t necessarily help matters. So I’m going to update the ‘Fat Stats’ page to reflect what the scale says today, but I’m not going to alter the figures in the side-bar because that just shows the number of pounds I’ve lost overall. Hopefully this time next week things will be back to normal (fingers crossed!) and until then I’m just going to try and be patient, maybe do some abdominal massage and let nature take its course.

In the mean-time, I hope that y’all are doing well wherever you are in the world and until next time, I shall bid you adieu. 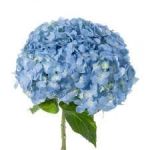 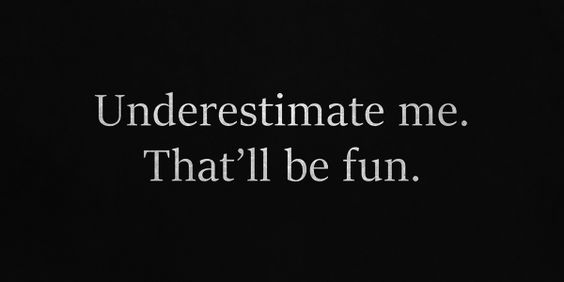 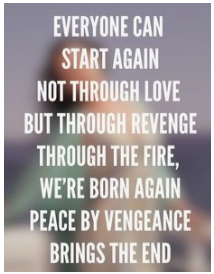 Follow Inelegantly Waisted on WordPress.com
Back to top
IRRUSSIANALITY

Russia, the West, and the world

To Eat Or Not To Eat, That Is The Question

Word on the Wire

In search of spirituality

Ignore the Things You Have to Do and Just Enjoy a Book or Two.

Life, Travel, Personal Growth - you name it, it's here!

Tips to lose your weight faster and safe

inspiring and nurturing the creative spirit

Protecting the Integrity of Talking Therapies

Recipes and foods for family and friends

BY GRACE THROUGH FAITH

My great Wordpress blog
From Here to Happy

My journey to a new me.

lookingforthelightblog.wordpress.com/
The Art of the Wyrd

Storefront for the Expressionist art from Nikki Albert

Making life with chronic pain from fibromyalgia, psoriatic arthritis, and endometriosis, and surgical errors easier to live with and less painful.

Zen, and the Art of Zero-Carb Living

Not A Diet Journal

I hope that someone sees this page and decides not to give up...

Amazing Bargains All in One Place
DailyKeto4U.com
Inelegantly Waisted

Find Your Own Weigh
Discover WordPress

A daily selection of the best content published on WordPress, collected for you by humans who love to read.

The latest news on WordPress.com and the WordPress community.